Los Kitos Produce (LKP) is a California-based network of growers, packers, and shippers of fresh fruits and vegetables. LKP sources their produce from minority-owned growers in areas with high unemployment. Once the produce is sourced, LKP packages the products for export and domestic distribution using uniform labels that emphasize the source and the quality of the produce.

LKP’s packaging allows it to both communicate with its consumers on the nutritional value of the products, and also to entice new customers, domestically and internationally, to try its U.S. produced goods.

LKP’s most significant challenges exporting have been two-fold: assuring their domestic supply chain that they will be paid while exporting, and assuring their foreign customers that LKP will deliver their quality produce as promised. This results in LKP having to play the role of a goodwill ambassador, convincing its domestic supply chain that exporting is just as safe as selling its produce domestically, while assuring its foreign customers that it can offer the credit terms they demand.

LKP is able to succeed in doing this by using Multi-Buyer Small Business Export Credit Insurance from the Export-Import Bank of the United States (EXIM). Multi-Buyer export credit insurance (export credit insurance) does exactly what it sounds like: insures a business’ foreign accounts receivable. With EXIM’s export credit insurance, LKP can guarantee its domestic supply chain that should a foreign customer default or does not pay for a shipment, EXIM will cover up to 95% of LKP’s international sales invoice: in short meaning that if LKP isn’t paid, they will be reimbursed by EXIM meaning, in turn assuring LKP’s producers they will also be paid.

Export credit insurance further allows LKP to extend competitive credit terms to its foreign customers, knowing that should a foreign buyer default, LKP is insured against commercial and political risk.

With EXIM’s credit reporting standards, LKP has been able to create a weekly report to help build confidence for its local growers and overseas buyers, keeping them informed of the variables that could affect international sales. The overseas buyers really appreciate the extra effort put in for them.

With export credit insurance, LKP and its suppliers have been assured that shipping internationally they will be paid. Additionally, LKP is able to compete internationally by offering the credit terms its foreign buyers demand to complete its international sales.

LKP’s job has further been simplified domestically. With export credit insurance, LKP’s job explaining international risk has been dramatically reduced. Knowing that its foreign invoices are covered up to 95% assuages local producers of LKP’s ability to deliver on its international sales. Since beginning to export, LKP has established a solid infrastructure, a great team, and a direct vendor network overseas. LKP currently exports to Mexico, Korea, Saudi Arabia, and Hong Kong, with Mexico being its largest exporting partner. 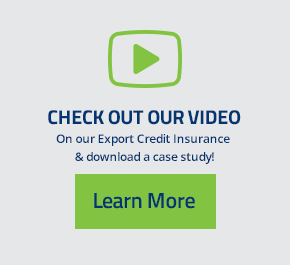