The U.S. International Trade Administration regularly publishes industry-specific reports that highlight opportunities abroad. These reports provide detailed analysis on the competitive landscape within a sector, as well as challenges and opportunities facing U.S. exporters in these markets.

Unlike complete aircraft manufacturers that are primarily large international corporations, manufacturers of aircraft parts are primarily small and medium enterprises. However, aircraft parts are an important element in the US aerospace industry, accounting for 46% of all U.S. Aerospace export and $56 billion in export value 2014, according to the Census Bureau. Moreover, the value of U.S. of aircraft parts was greater than the value of U.S. exports of business jets, general aviation aircraft, military fixed aircraft, military helicopters and civil helicopters combined. Finally, exports of U.S. aircraft parts have seen a steady increase over the past decade and are forecast to continue this upward trajectory, representing significant growth opportunities for small and medium sized businesses.

The report states that the key challenges to the competitiveness of U.S. manufacturers in the aircraft parts sector include:

Some forms of foreign government support are easy to understand, such as direct subsidies. For example, the French and Belgian governments both offer subsidies to domestic manufacturers that supply parts to Airbus. Some forms of government assistance are less explicit. For example, several governments have policies aimed at creating a vibrant, competitive domestic aircraft parts industry by implementing “localization” requirements, in effect requiring foreign manufacturers to establish in-country sites or transfer technology to in-country organizations. While this is possible for large international corporations, this rule creates barriers for many small to medium sized U.S. aircraft manufacturers. Lastly, some countries require a certification of airworthiness for aircraft parts imports, which can also hinder competiveness by delaying approval or requiring substantial certification fees for U.S. aircraft parts.

However, the report points out there are several bright spots with respect to the challenges previously mentioned. For example, with regard to the burdensome fees, the FAA concluded an agreement with the European regulatory authorities EASA, which took effect on Mach 2, 2016. Under this agreement, U.S. aircraft parts exporters will no longer have to pay any fees for the validation of airworthiness charged by European authorities. Additionally, there are other regulatory changes that could benefit U.S. exporters such as the implementation of the U.S. – EU BASA agreement, aimed at harmonizing aircraft safety standards to reduce the need for duplicative regulatory oversight. In addition to these regulatory changes, U.S. manufacturers also enjoy strong demand from the domestic aerospace industry for parts requiring highly advanced technology. To read the entire report, click here.

Want to Learn How EXIM Can Help You Capitalize on These Opportunities?

Find out more about how EXIM can unlock financingand assist your business in managing commercial and political risks associated with exporting: 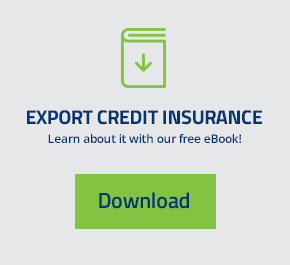