What do 300,000 small U.S. - based businesses and the National Football League (NFL) have in common? They’re exporters. Three times this fall, the NFL will send two teams to London where they will play four quarters, and maybe more, of American football in stadiums that are more often used for soccer (the other football).

The NFL started exporting in 1950, playing six games against Canadian Football League teams in Ottawa, Toronto and Montreal over a period of 11 years. Between 1983 and 2005, there were a series of exhibition and pre-season games featuring NFL teams in London and Mexico. Then, on October 2, 2005, the first regular season game played outside of the U.S. pitted the Arizona Cardinals (31) against the San Francisco 49ers (14) in a game that drew over 103,000 fans to Estadio Azteca stadium in Mexico City. Estadio Azteca will be the site of another historic game for the NFL in November 2016. After an 11 year hiatus, the NFL will return to Estadio Azteca in the first Monday Night Football game played outside of the United States. Tickets for the game in the 104,000 seat stadium sold out in under 30 minutes.

NFL broadcasts are some of the most watched television programs in America. Exporting to the U.K. and Mexico broadens the league’s fan base and generates revenue from ticket sales, broadcasting rights, sales of merchandise, and so on. The Jacksonville Jaguars have played one home game in London every year since 2013. On their website, team owner Shad Khan is quoted as saying, “The revenue produced from one London home game is nearly double that of a game in EverBank Field,” their stadium in Florida. Khan has also said that building the team’s brand overseas creates economic growth and jobs back in Jacksonville.

According to a post on the NFL’s website, internal research concludes that there are more than 13 million fans, roughly 20 percent of the population, in the U.K. Gaining 20 percent of the population of Mexico as fans would extend the NFL’s global brand to an additional 24 million people. In 2015, NFL team owners furthered their commitment to exporting by approving a resolution to the International Series that extends the ability to play regular season games in international markets through 2025 and enables the league to play in countries other than the U.K.

What does all this mean? Well, if your team is playing in Wembley, or in my case Twickenham, it could mean wings and beer at 9:30am—6:30am if you’re watching on the west coast. It also means that hundreds of U.S.-based small businesses that profit directly or indirectly from the NFL can expand their global footprint. Lastly, many NFL players go on to become entrepreneurs after retiring from the game. Perhaps their experiences working overseas will encourage them to extend their reach, and create more jobs in the U.S., through exporting.

Are you ready to join the 300,000 U.S.-based small businesses that are exporting today? Start with A Basic Guide to Exporting, a step-by-step resource for small and medium businesses from the U.S. Commercial Service. You too can grow your business and support American jobs by selling your goods and services to buyers around the world. 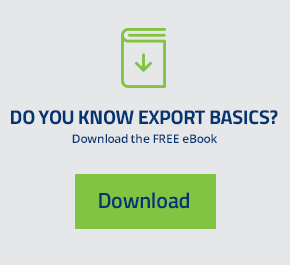