Are you thinking about exporting your goods and services abroad because you’re being pulled in by international buyer interest? Are you looking to find new cash flow streams? These are some major questions that businesses face, but pulling the trigger to export is not easy for many. We’ve listed five reasons why U.S. companies (small or large) should consider entering the exporting world:

Please be aware that there is assistance available that can help your company enter the exporting world and help secure international sales. These include services offered by the U.S. Department of Commerce, the Small Business Administration, your local business development office and the Export-Import Bank of the U.S.: 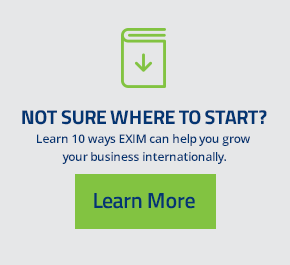 Note: the information above is credited to the Metropolitan Milwaukee Association of Commerce’s World Trade Association