The U.S. processed food industry was valued at $731 billion in 2014 and 21.9% of the market is comprised of shelf stable foods. This increasing industry is also noticing a shift towards convenient and healthy food options such as clean labeling, allergy-free, and non-GMO among others. Additionally, in the United States, 66% of food processing establishments are small businesses.

Global processed food exports have been steadily increasing since the early 2000’s in the U.S. Since 2013, U.S. processed food exports have exceeded $45 billion and are expected to continue to grow to over $2.6 trillion by 2018 according to the U.S. Department of Agriculture. However, despite U.S. export success in this industry segment, the U.S. is still behind the European Union, the world’s leading processed food exporter, with $91 billion in 2012. There is significant export potential in East Asia and the Pacific, Australia, China, Hong Kong, Japan, South Korea, Philippines, Taiwan, Europe and Eurasia, the European Union, Canada, and Mexico.

Join us for a FREE webinar hosted by Food Processing News on:

Whether you're the CFO, Comptroller or Credit Manager of your company, get some opinions on whether your product would sell in foreign markets by attending the webinar alongside Dave Fusaro, editor in chief of Food Processing, who will discuss the most promising U.S. food exports and foreign markets, and Denis Griffin, Regional Director of the Export-Import Bank of the U.S., who will discuss how to expand into foreign markets through trade financing solutions. One of those solutions is called Export Credit Insurance, but get all the details by registering for the webinar below! 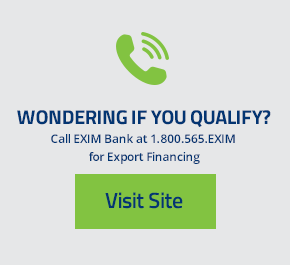